A Rock Is A Rock – A Brief History

In order to make lava it makes sense to source volcanic rock to transform into lava.  Volcanic rocks are igneous rocks and they can be divided into two different types:

In our modern age, society is used to things moving quickly but it is important to remember that geology is not a fast moving phenomenon.  The earth is 4.5 billion years old, a rock’s cycle is very different to the human cycle.

For this project, I have decide to concentrate on basalt because, I think, its molten state will be easier to manipulate.  Unlike metals, molten rocks can have high viscosity levels so much so that I have been told that rhyolite can act a bit like peanut butter!  It seems to be, the higher the melting point, the lower the viscosity level.  Basalt melts around 1200° and is still not as runny as molten bronze but at least it will pour.

Below is a map of volcanic rocks in the UK.  To find out more about geology and mapping visit www.bgs.ac.uk 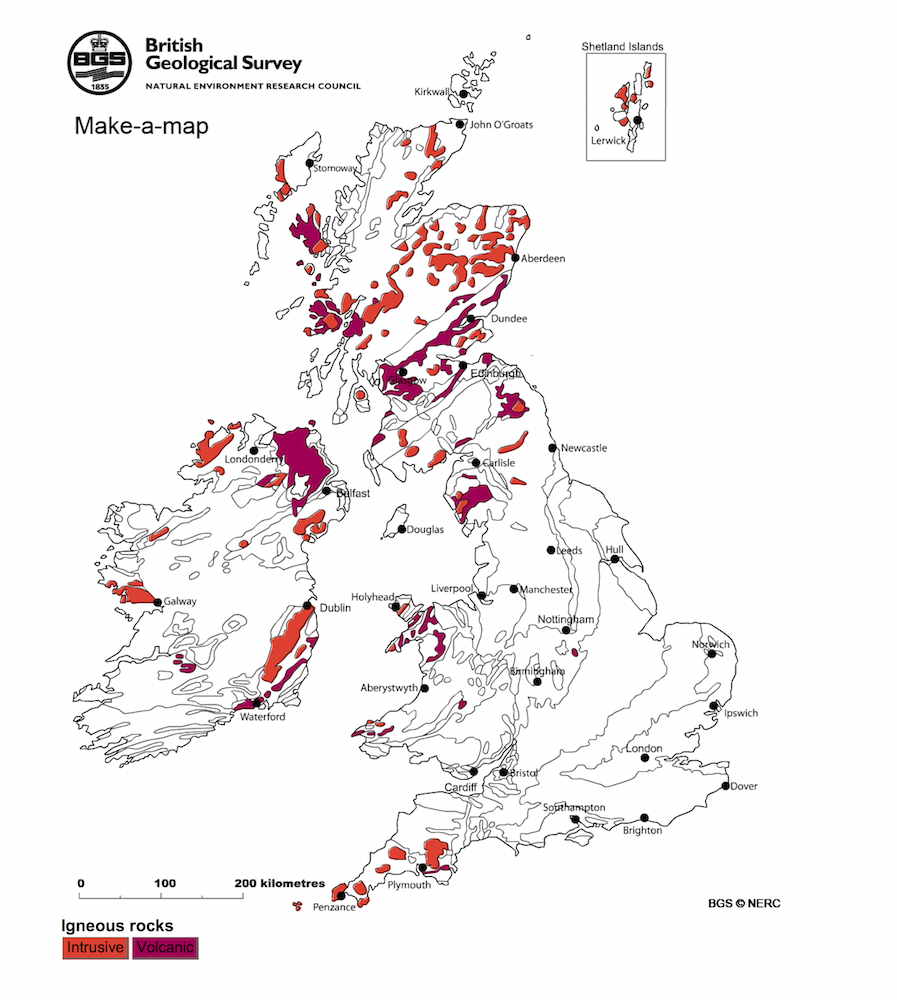